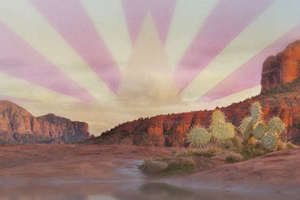 If you have been following the 2012 Second Regular Legislative Session, then you are aware of the struggles that continue to face the Arizona State Legislature. For years, issues such as the economy, immigration, healthcare and taxes have dominated Arizona’s political landscape.

Although the 2012 legislative session saw a slight departure from the social issues that plagued many previous legislative years, the economic recovery of the state remained in the forefront.

This year, the legislature introduced 1,395 bills, which is the fourth highest bill total in the last 52 years. Of those bills, 387 won approval in both chambers, 362 bills were signed into law and 25 bills (not including a vetoed resolution) were vetoed by the governor. The general effective date for all legislation, unless specifically established within the bill, is August 2, 2012.

On the evening of May 3, 2012 at 8:22pm to be exact, the legislature adjourned sine die. Although leadership in both the House and Senate had originally established the goal of another 100-day session, the actual session lasted a total of 116 days.

With regard to the real estate industry, the legislature dealt with some important issues, such as real estate signs, regulation of homeowners’ associations, the Homeowners’ Rebate, exempt wells and the continued protections of Arizona’s anti-deficiency statutes.

Of equal importance was the simultaneous and successful effort the Arizona Association of REALTORS® lobbying team made at the Arizona Corporation Commission to reinstate a line extension policy for APS customers in the state of Arizona.

Below are some of the legislative and regulatory issues that AAR successfully advanced or defeated this session.

In each of the past few legislative sessions, a bill to address an increase in continued education has been introduced. In some cases, the legislation did not progress very far, and in other years, the legislation almost made it to the finish line. This legislative session, HB 2357 was introduced in an effort to increase broker continuing education hours as well as modify the necessary course requirements. It was not, however, until the bill received an amendment pushed by AAR that the association changed its official position from neutral to support.

The bill as signed into law increases the number of continuing education hours for license renewal for designated brokers and associate brokers from 24 hours to 30 hours and modifies the necessary course requirements to include courses that address statutory and administrative rule instruction, broker policy development, employee supervision, broker responsibilities and other related topics.

HB 2537 was signed by the governor and contained a delayed effective date of January 1, 2013.

As many will recall, last year the legislature passed HB 2001 in the Second Special Session. Buried within the 214-page bill was a policy change to remove second or vacation homes as Class 3 property and reclassify them as Class 4 property, thus removing their eligibility to receive the Homeowners’ Rebate. Despite the change in policy, the main problem with the bill was the creation of an affidavit that would have been sent out with the notice of full cash value by each county assessor to the over 1.8 million homeowners in Arizona. The homeowner would have had to complete and return the affidavit stating, under penalty of perjury, that the home was the owner’s primary residence, essentially guilty until proven innocent.

After many months of discussions with various county assessors, lawmakers and the governor’s staff, HB 2486 was brought forth by AAR to address HB 2001’s problematic affidavit process. The bill eliminates the current affidavit requirements and establishes that the county assessors are required to mail a notice every four years beginning in 2013 to each Class 3 property owner if the owner has a mailing address outside the county in which the property is located, has a mailing address that is different than the situs address or property (excludes post office boxes), has the same mailing address listed for more than one parcel of Class 3 property, or appears to be a business entity.

HB 2486 was signed by the governor and will become effective on the general effective date of August 2, 2012.

HB 2471 was signed by the governor and will become effective on the general effective date of August 2, 2012.

The bill would have established numerous protections for homeowners and tenants against continued abuses by HOAs to over-regulate, interfere in contractual relationships between the homeowner and tenant, require sensitive personal information be provided to the HOA, and unjustly assess costly fees on the property owner. Unfortunately, the protections established within the bill will not be afforded to the citizens of Arizona as a result of the veto by Governor Jan Brewer.

It is important to note that the association plans to introduce legislation in the following session to combat the continued unscrupulous antics that HOAs utilize to prey on the citizens of Arizona.

This year, the idea of repealing and/or modifying Arizona’s anti-deficiency protections was touted as a way for Arizona to avoid future financial and real estate meltdowns. By educating members of the legislature on the severe negative impacts that modifying or repealing deficiency protections would have on homeowners, AAR was successful in staving off attacks from individuals who would like to see the protections eliminated.

Although early attempts to repeal or modify the current protections were avoided, the association must remain vigilant to attacks in the future.

Repeal was quashed before any bill was introduced.

The bill was signed by the governor and contained a delayed effective date of January 1, 2013.

This bill as signed by the governor extends the statutory life of the state real estate department for an additional 10 years to July 1, 2022.

SB 1085 was signed by the governor and will become effective on the general effective date of August 2, 2012.

SB 1281 was signed by the governor and will become effective on the general effective date of August 2, 2012.

In addition to handling issues that arise at the Arizona State Legislature, the lobbying team at the association is also responsible for protecting our members’ interests and the interests of homeowners at state regulatory agencies. Since the reversal of the line extension policy in 2007, AAR has been actively involved in working with the Arizona Corporation Commission, legislature and stakeholders to address concerns regarding the negative affects the removal of footage allowance has had on homeowners, small businesses and property values throughout Arizona.

As many will recall, last year AAR was successful in reinstating line extension policies for TEP (Tucson Electric Power) and UNS Electric. On May 15, 2012 the Arizona Corporation Commission voted 4-1 to reinstate a line extension policy for APS. The provisions of the adopted policy are as follows:

The new line extension policy will take effect on July 1, 2012.

These are just a few of the legislative efforts in which AAR was involved during the 2012 legislative session. While the legislative session may have had its share of ups and downs, AAR volunteer members and staff worked very hard on your behalf. Your 2012 leadership team of AAR President Holly Mabery, Legislative & Political Affairs Committee Chair Lisa Suarez, Legislative Committee Chair Bill Arnold and their respective committees deserve your thanks for the many hours they volunteered on your behalf at the Arizona Legislature.

As we close out this legislative session, we are already engaging in efforts for the 2012 elections and the 2013 Legislative Session, which begin with the REALTOR® Caucus held on September 6 at the Chaparral Suites in Scottsdale. More details on this event will be published soon, and we hope you will consider attending this important event.